Due to inconsistencies in interpretation of the intent of Chapter 28, of the Umbrella Final Agreement (UFA) section 6 where it mandates the Yukon Indian Peoples Training Trust (YIPTT), Trustees temporarily suspended distribution of Trust funds until clarification could be determined.

‍
After engaging with representatives of the Settlors of the Trust and legal counsels, Trustees pursued amendments to the Indenture Agreement (IA) that are administrative only and reinstate the accessibility of Trust funds to Yukon First Nations with and without final agreements.

‍
2014: Trustees sought clarification on the definition of ‘Beneficiaries’ from the Parties to the UFA. It had been the understanding of the Trustees that the Trust is intended to advance the training of Yukon Indian People - defined in the UFA as a beneficiary of a self-governing YFN. In April 2014, this was verbally confirmed to be the opinion of Canada and Yukon Government (YG) representatives.

2015: Trustees received a legal opinion stating that under the current IA definition of beneficiaries they are required to fund both Self-governing YFNs and those individuals listed on the initial enrollment lists of YFNs without agreements. Shortly after this interpretation was received the Trustees sent letters to the Parties asking for their written position on the beneficiaries of the Trust.

2016: Trustees received a letter from INAC’s Minister, Carolyn Bennett, stating that “it is Canada’s view that the trust property is not intended to be used to support the training of people who are not enrolled under a signed and ratified Final Agreement.” YG verbally confirmed that they agreed with the Minister’s position. Trustees began the process of modernizing the YIPTT Indenture Agreement to ensure it would be more in-line with the intention of the UFA.

January 2017: Trustees circulated an amended version of the Training Trust’s Indenture Agreement and requested feedback from the Parties.

Jan 2017: Canada changed their position on whether YFNs without agreements could access the Trust funds. Furthermore, they expressed the opinion that the Trustees do not have the authority to narrow the class of beneficiaries.

Jan 2017: Trustees, concerned about their exposure to risk if they continued to fund projects under the current IA (due, primarily, to the inconsistency in the interpretation of the definition of “Beneficiaries” by YFNs, Canada and YG) decided to cease access to the Trust funds until a resolution from all Parties could be reached.

Sept. 2017: YIPTT legal counsel presented to CYFN Leadership background information and options for moving on the modernization of the Indenture. Leadership put forward a resolution to support the Trustees in making an application to a court to ensure that the Indenture is consistent with YFNs Final Agreements.

Jan 2018: Trustees met with representatives of Canada (INAC – Michel Leger & Tamara Fast) who clarified the Federal position (which was given in the form the suggestions) that: the YIPTT trustees continue to work within the existing Indenture; the Settlors, CYFN, and FNs discuss options on how to update the training plan (which is mentioned in the Indenture as well as under 28.8.1 of the UFA) to better align the operations of the Trust towards FNs with Final Agreements.

April 2018: Trustees met with YG Assistant Deputy Minister who clarified YG’s position that they would prefer if the Trustees looked for solutions under the existing IA and did not make amendments. They see the current Agreement as being clear therefore don’t think a judicial review is necessary; they were reluctant to provide indemnification for YIPTT Trustees; they encouraged the Trustees to consider seeking a second legal opinion specifically from lawyers who specialize in Trust law.

November 2018: Trustees and legal counsel met with representatives from YG and Canada (CYFN engaged via email feedback). A draft disbursement policy indicating YIPTT intends to make Trust funds. accessible to YFNs with and without final agreements. It was reviewed by all parties. Feedback indicated neutrality or support for the policy.

February 1, 2020: all 14 Yukon First Nations are eligible to apply for YIPTT funds. 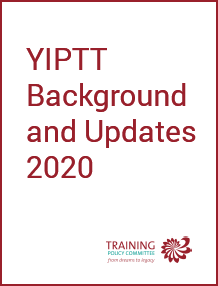 TPC staff are here to help!

Please contact the TPC office at (867) 668-3813 or email tpcpolicy@tpcyukon.ca if you need assistance with this application form.